Today I was testing this site www.myscriptfont.com/ that allows you
to create your own font based on your own handwriting. The first attempt was awful, because my pen wasn’t tick
enough and the scan had some problems and the scanned image was tilted. My second attempt however was much better,
even if I had to retouch the scanned image a little bit (I used Pixlr to do that). Then I only needed to install my
font and use it on sublime text, this was the result 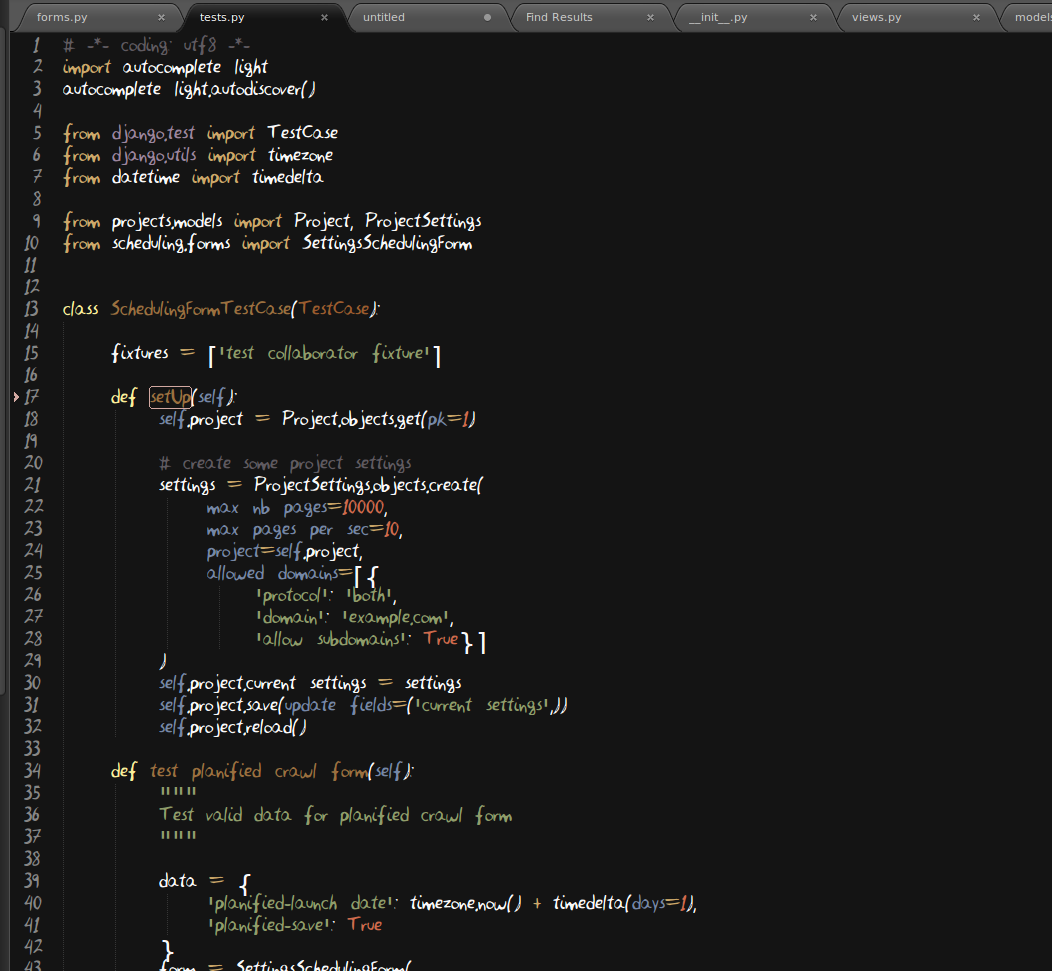 You have to be careful when writing and there are no guidelines on their template. Besides, the watermarks with the
letters were italics and that influenced my handwriting. But the biggest problem is the lack of the underscore char,
and I can’t code without it… Too bad… It looks nice though